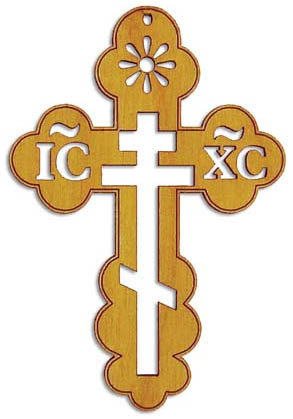 John Stipanovich, Jr., 76, of Monroeville fell asleep in the Lord January 9, 2022 at Forbes Regional Hospital with family by his side.

Born April 17, 1945, he was the son of John and Mary Stipanovich of Harwick, PA.  He is survived by his beloved wife of 51 years, Susan (Burk) Stipanovich, sons Paul and John “J.T.” (Aleksandra Bojovic), and daughter Jana DeLuca (Anthony).  Loving Deda to Quinn, Jovan, Sonja, Mila, Iva, and John.  He is also survived by his sisters Millicent (Milan) Markovich and Joanna (Leo) Pierce, and loving nieces and nephews.

John always said that family was his world and took great joy in his children and grandchildren.

John was a graduate of Springdale High School and earned his undergraduate and graduate degrees in Chemical Engineering and an MBA at the University of Pittsburgh.  He was a member of the Kappa Sigma (originally Delta Iota Delta at Pitt) Fraternity and Pitt Glee Club. John retired after a distinguished career as a Research Engineer for Pittsburgh area companies.

John’s Serbian Orthodox heritage was very important to him. Serbian music could often be heard playing in his home, the heart of many family gatherings. His band Serbez inspired many generations of future Tamburashi and in 1969 they recorded an album. We can’t help but smile when we hear their theme song Kaži Leno. John could be found dancing kolos at Serbian events.  So many non-Serbian friends commented that they were “honorary Serbs”. They embraced the Serbian culture as John taught them to kolo dance, eat lamb, and toast with a shot of šlivo.

John was a member of St. Nicholas Serbian Orthodox Church where he served on the church board.  He was an active member of the choir and loved singing for Liturgies, weddings, and Pomens.   One of his greatest joys after retirement was playing golf with his friends in the Murrysville Golf League that he jokingly called the “Senile Citizen Golf League”. He would often hit golf balls at the local park. As an engineer, he studied ways to take his clubs apart and make adjustments.

John was a member and Past Master of Pittsburgh Masonic Lodge #45 and the ASERBS.

Family and friends are welcome in the Alfieri Funeral Home, Inc., 201 Marguerite Ave, Wilmerding, PA 15148, 412-824-4332, on Thursday from 2pm to 8pm. Masonic Service will be held at 7pm, followed by Pomen. Services will be held on Friday at 11am in St. Nicholas Serbian Orthodox Church, Monroeville, Pa (additional visitation from 10:15am till time of service at 11am) with Very Rev. Father Joseph Cervo officiating. John will be laid to rest in St. George Serbian Orthodox Cemetery, Pittsburgh. Please visit us at, www.alfierifuneralhome.com for online condolences.

To send flowers to the family or plant a tree in memory of John Stipanovich, please visit our floral store.